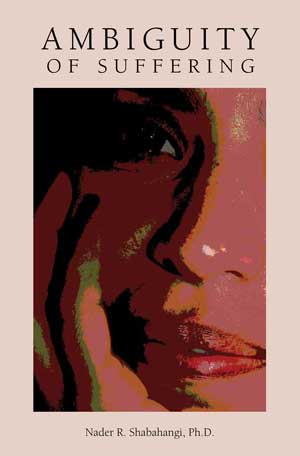 Suffering holds one of the deeper meanings of life: the ability to connect with your soul, your deep humanity. This connection with suffering pushes us to become ever more aware. Rather than trying to eliminate suffering, we can celebrate it as an opportunity to deepen who we are. This book is my effort to re-introduce a love of philosophy to psychology. As Suzuki Roshi states, we’re beginning to look again at the world from a place of not knowing rather than knowing — a world full of possibility and probability, as opposed to fact and clarity.

The legacy of this book – lived through Nader’s teaching, his numerous elder-focused writings, his groundbreaking work in elder care, and ever rippling into new realms of possibility – is evidence of the vibrancy and passion that reside between its pages. This is not surprising, considering that the ideas put forth in this book are essentially a preface to the decades of Nader’s service to elders. Just as Freud’s Project became an underlying treatise for his later intellectual contributions to psychology,parallels abound between this writing and Nader’s later contributions to existential and process-oriented psychology, as well as his revolutionary impact on elder care.

Nader is acknowledged in the field for his promotion of a new language for what is traditionally known as dementia and Alzheimer’s disease. Beyond simply reframing these phenomena as experiences of “forgetfulness,” this new language is infused with an appreciation of the utter mystery and depth of the forgetting experience, rather than focusing solely on what is tragic.

“A clarion call for those of us privileged to call ourselves awareness workers, psychologists, counselors, social workers, process workers and psychiatrists alike. Nader Shabahangi’s words invite us into a challenging dialogue with Freud and Heidegger, two thinkers whose ideas forever changed our way of understanding the inner and outer world. Above all, Ambiguity of Suffering alarms us to awaken from the prevailing narrative of positivism, and to enter a world rich with ambiguity, mystery, and meaning.”

“In this inspired re-contextualization of psychological epistemology, Dr. Shabahangi problematizes the very grounds upon which mechanistic influences of human behavior are predicated. Categorical diagnoses of the many forms of human suffering reflect an effort to eradicate pathological mental conditions, and yet, as Dr. Shabahangi demonstrates, the experience of making meaning as a human in the world compels suffering — just as the ambiguity of suffering, and all that accompanies its existential significance, nourishes the meaningfulness of being. From the orientation of Heidegerrian philosophy, Ambiguity outlines historical and present-day mechanistic conceptualizations of the human experience, problematizes a reductive understanding of the human mind and spirit, and advocates for a more holistic conceptualization and treatment of the “problem” of psychopathology.”